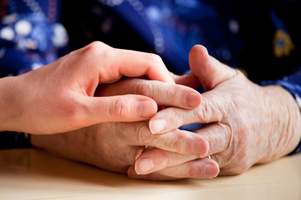 The Kubler-Ross theory of grief has become one of the most widespread grief theories in the past few decades. Based on Kubler-Ross’s book, On Death and Dying, this grief theory attempts to identify the stages of grief that a person experiences, and the types of feelings and behavior that may occur during these phases. With the widespread acceptance of this theory among the general populace, a person suffering from the loss of a loved one is most likely to encounter this grief theory among the support circle of friends and family.

The Five Stages of Grief

The Kubler-Ross theory is characterized by its expression of five stages of grief. Kubler-Ross initially developed this theory studying people who were suffering from terminal illness. She later concluded that this grief theory applies to many situations where people experience a significant loss. The five stages are:

Practical Application of the Kubler-Ross Model

The Kubler-Ross model gives bereaved a framework for understanding the grief process. Someone suffering a loss can look at this model and use its structure to help determine where he or she is in the grief process. Understanding this model can help someone suffering from loss to move forward in the process; particularly if one becomes mired in a specific stage without progress.

Friends and family who want to support the bereaved should not attempt to rush the individual through this process. Instead, they should use it only as a framework to understand why the person may be behaving in a certain manner, or what the person may be thinking and experiencing as he or she processes a loss.

Kubler-Ross herself has said that these stages are only generalities. The five stages of grief aren’t necessarily chronological, but may be experienced in any order or skipped entirely by a person suffering a loss. However, understanding these stages of grief can help a bereaved individual come to terms with the thoughts and feelings he or she is having. This model can also help friends and family understand and support a grief-stricken loved one who is currently suffering from a loss.