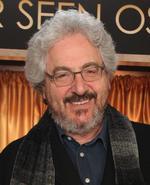 Harold Allen Ramis, well-known comedic actor, writer and director, died on February 24, 2014 after a prolonged illness. His death has led to an outpouring of remembrance from fellow actors, writers and directors in Hollywood - and all of us who were fans of his films.
Harold Ramis is best-known for his quirky comedies such as “Ghostbusters,” “Groundhog Day,” “Animal House,” and “Caddyshack.” He was a master at creating plots that kept us laughing viewing after viewing, from a groundskeeper obsessed with a gopher to fraternity brothers at war with a college dean - and of course, a cynical weatherman who was stuck living through Groundhog Day over and over. His films have become so ingrained in the pop culture landscape that an entire generation shaped its idea of what’s funny around his eccentric movies.

One of the reasons that Ramis’ comedy was so entertaining and captured the American consciousness so well was because Ramis believed that comedy is inherently subversive. He once said: “We represent the underdog as comedy usually speaks for the lower classes. We attack the winners.” In a world where so many of us identify with “the 99%,” Ramis’ comedy struck a chord with its viewers, giving us underdogs to root for and riotously entertaining plots in which they could succeed.

Ramis was born to parents who worked long hours at a family store. He grew up loving television so much that he joked he used to get up early on Saturday mornings and stare at the screen until the first show began. Ramis was a National Merit Scholar in high school, and attended Washington University in St. Louis on a full scholarship. Originally following a pre-med path, he dropped the studies and went on to earn a degree in English.

His first job after graduation was working as an orderly in a psychiatric hospital, during which time he married Anne Plotkin. They moved to Chicago, where he worked as a substitute teacher by day and wrote freelance articles for The Chicago Daily News by night. It was while he was working as a writer that Ramis was assigned to cover Chicago’s Second City improvisational troupe, where he met Jim Belushi and Bill Murray.

Inspired by their humorous antics, Ramis got a job as a jokes editor at Playboy magazine, and began attending an acting workshop to prepare himself for joining Second City’s touring company. After two audition attempts, he made the cut, and thus began his long career in comedy.

Ramis’ first marriage ended in divorce, although he and Plotkin had a daughter together - Violet. He married Erica Mann in 1989, and they had two sons, Julian Arthur and Daniel Hayes. Ramis is also survived by two grandchildren.