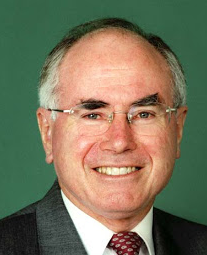 Devoted to his family and his church, Jim lived a life of love and meaning, one that will be long remembered. One of 5 children growing up in Austin, Jim spent long days with his family exploring Hill Country and fishing the lakes. He was a good student who was encouraged to strive for more.

When he was in high school, he met the love of his life, Deborah. Together, they went to the University of Texas, then got married. It wasn't long before they had their own family, Michael, Allison, and Chance. Jim raised his children with the same love of nature and devotion to God that he was raised with.

After graduating, Jim began working for IBM. A valued and hard-working employee, Jim moved from an engineering role, to supervisor, to Director. He was an integral member of many important projects and teams. Outside of work, Jim devoted himself to family-oriented causes. When his mom developed breast cancer, he became involved in several fund-raising efforts towards breast cancer research. He coached his sons baseball teams, and, over the years, was on several church committees.

Jim is survived by his wife and children, his grandchildren, Macy, Jake, and Emma, and three siblings, John, Matthew, and Lucy.