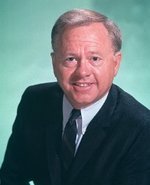 Mickey Rooney, the amazing actor whose career spanned nine decades of making movies, died on Sunday, April 6, 2014, at the age of 93. Although he is survived by his eight former wives and nine children, Rooney will be remembered most for his prolific, roller coaster acting career, with a legacy spanning from silent film to Broadway.

The International Dictionary of Films and Filmmakers: Actors and Actresses said of Mickey Rooney: “Rooney’s abundant talent, like his film image, might seem like a metaphor for America: a seemingly endless supply of natural resources that could never dry up, but which, it turned out, could be ruined by excessive use and abuse, by arrogance or power, and which had to be carefully tended to be returned to full capacity.  From child star to character actor, from movie shorts to television specials, and from films to Broadway, Rooney ultimately did prove he could do it all, do it well, and keep on doing it. His is a unique career, both for its versatility and its longevity.”

Those words sum up Rooney’s career and life very appropriately. A legendary actor with over 300 credits to his name, Rooney was a versatile and skilled performer who appeared in TV shows, movies, shorts and Broadway shows. At the time of his death, Rooney was one of the few actors still alive who had performed in the era of silent film. His legacy is a nine-decade career filled with singing, dancing, drumming, performing and acting that few others could ever hope to rival.

Mickey Rooney started performing at a very impressionable 15 months, singing in his parents’ vaudeville act while wearing a tuxedo and holding a rubber cigar. He became a superstar in the late 1930s and early 1940s, earning more than $75 million for Metro-Goldwyn-Mayer starring as Andy Hardy in the popular “Hardy Family” film series. Rooney’s ability to bring in these kinds of figures when movie tickets cost about 25 cents put him in high demand for a few years, during which he often appeared opposite Judy Garland, who was considered his equal in charisma and ability.

Unfortunately, Rooney struggled with addictions to gambling and drugs that ultimately left him with debts he struggled to pay. His lifetime was marked by periods of success interspersed with setbacks, but his ability to fight back and grow as a person and an actor is an admirable and very visible embodiment of the American spirit.

Rooney was married eight times - including a marriage to actress Ava Gardner - and he was often the subject of jokes for his numerous marriages. He is survived by 9 children, 19 grandchildren and several great-grandchildren.