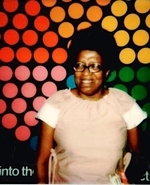 Early in life Doris completed training as a nursing assistant. Later she dabbled in entrepreneurship, but spent most of her professional life in the field of accounting. She was known to give freely of herself and to help others. For over 5 years she served as the lead volunteer for the Friends of the Free Library at the Joseph E. Coleman Northwest Regional Free Library of Philadelphia coordinating book donations and weekly book sales. Doris was also a licensed notary.

Doris was known for her green thumb, when living in the Logan section of Philadelphia, she planted red roses in her garden and each year, neighbors would line up to purchase cuttings from her house plants. After moving to Germantown, Doris and her husband Fred, began growing vegetables in a backyard plot.

An avid learner, she attended several colleges in Philadelphia including LaSalle and Drexel Universities while working fulltime for James G Biddle Company. Doris passed her love of learning on to her children who all attended college and are keen learners.

Motown Saturdays were common in her household, where she and her husband Fred would host family. The play list often included one of her favorite artists, Smokey Robinson and she would try hard to “cut a rug” on the floor. Sundays were typically reserved for enlisting her daughters to help prepare a full country breakfast from scratch, dinner and reading the Sunday paper with her family. Each person had a favorite section, but by her rules, everyone was responsible for clipping coupons!

The Family of Doris J. Adams Scott is both thankful and grateful for all well wishes, prayers, condolences and words of encouragement.

The family requests that donations be made in her honor to: United Negro College Fund, African American Museum in Philadelphia or to the Philadelphia Black Women's Health  Alliance. Details for each organization are listed under the Other, "Make a Donation" tab.