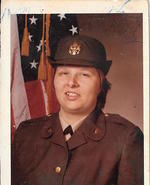 Kathleen Ann Warner, age 62, from Coopersburg, passed away on the evening of September 19, 2016 in Philadelphia at Jeanes Hospital.  She was the wife of the late Edgar H. Warner, to whom she was married for 13 years.

Kathy was born in Brooklyn, New York, daughter of Andrew M. and Christine (Anuskiwicz) Randis.  She joined the National Guard Reserve at age 19 and served 3 years with them.   She enjoyed bartending in her younger years. She enjoyed spending precious time with her children, and grandchildren, whom were her pride and joy.  She was predeceased by her brothers, Michael A., and Jerome R.
Survivors:  She will be lovingly remembered by her son, Matthew Warner and daughter, Shannon, wife of Robert H. Voght; Her 3 grandchildren: Savannah Warner (8), Riley Voght (6), and Adalynn Voght (1); Her sisters: Bernadette Randis, Germaine Randis, Deborah, wife of Dennis Keppel, Toni, wife of Gary Schmoyer, and Andrea, wife of Dennis Csencsits. Also survived by many nieces and nephews.
Services:  A memorial service will be held on Friday, September 23, 2016 at Chestnut Hill Church in Coopersburg, PA.  Family and Friends may call at 10AM.
Contributions:  In lieu of flowers, donations may be made to Alzheimer’s Association:
617 A Main St. Hellertown, PA 18055.