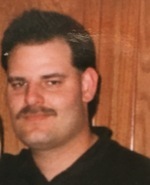 Frank Saviski, 49, a resident of Aston for most of his life, passed away March 30 at Lankenau Medical Center following a brief illness. He was surrounded by his loving family.
Frank’s greatest joy was watching his two sons, Frankie and Matt, play baseball.
He was employed by MBR Construction in Reading, Pa.,  serving as an electrical project manager.
A 1985 graduate of Sun Valley High School, Frank was an avid outdoorsman. He coached baseball for Aston-Middletown Little League for eight years and was a member of the Lenni Athletic Club.
He was a proud U.S. Navy veteran, having served on the USS Vincenze and the USS Forrestal.
He was the son of the late Frank P. Saviski Sr., who died March 27, 2010. He was also preceded in death by his paternal grandfather, Frank Saviski, and his maternal grandparents, James and Betty Filiaggi.
Survivors: In addition to his two devoted sons, his wife,  Cathy Saviski; mother, Gail Mea of Aston; five siblings, twin Kim Ciesielski of New Jersey, Terri Vitale and Denise Valente, both of Aston, and Katy Saviski and Jamie Saviski, both of Helena , Ala.; paternal grandmother, Mary Saviski of Aston; and many aunts, uncles, nieces, nephews, cousins and friends.
Services: Family and friends may call from 9:30 a.m. to 10:45 a.m. Tuesday at St. Francis de Sales Church, 35 New Road, Aston. Mass of Christian Burial will follow at 11 a.m. His cremated ashes will be interred privately.