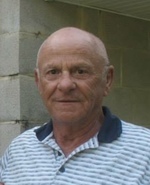 Robert J. "Bob" or “Boch" Cotumaccio, of Media, PA, passed away on his birthday, January 1st, at home. Bob was a proud 1958 graduate of Sharon Hill High School as the president of his class. Bob was a member of the U.S. Army who served during the Korean War. Bob retired from the Local 98 IBEW and from Joseph Cotumaccio & Sons. He was an easy-going, lovable, and loyal man who especially loved his wife, family, friends, his dogs, golf, football, and sweets. He was known to the different communities he belonged to in life as being a great husband, son, father, brother, uncle, pop-pop, godfather, friend, neighbor,  role-model, coach, referee, and leader. Bob was able to enjoy retirement in Florida, where he made many friends and enjoyed playing golf, many walks with his dog, the warm weather, and the big, white, fluffy Florida clouds. He joins his sisters Filomena and Julia and his beloved mother, Mary, in heaven.

Bob is survived by his beautiful, beloved, and devoted wife, Georgeanne, daughter Deborah Viguers (Howard Jr.), and son Robert. Bob is also survived by his brother, Joseph (Helen) and his sister, Joan Harrison and many nieces and nephews. He was the proud grandfather of Jessica Gray (Chris), Samantha (Kyle Laule), Rebecca, and Howard Viguers, III, Brandon, Alex, and Anna Cotumaccio. He was lucky enough to have 4 great-grandsons: Evan, Colin, Justin, and Kaysen.

In lieu of flowers, please donate to St. Jude’s Children’s Research Hospital or the Wounded Warrior Project.
Services are private.