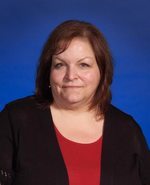 Karen Maria Scioli Hood, passed away on January 14th at the young age of 58 after suffering a sudden and devastating heart attack on January 2nd. Karen was born on February 16th 1959 to Frederick Scioli and Irene (Vito) (Scioli) Greenleaf in South Philadelphia

Karen knew from a young age that she was meant to be a teacher. She dedicated her life to bringing children to God for the Archdiocese of Philadelphia, and molding them into who they were meant to be. She inspired many of her former students to become teachers themselves after seeing how fiercely she cared for her students and education. For 30 years she spent most of her days preparing new and engaging ways of making her kids excited to learn. She was happiest in the classroom and it showed in all that remember her. Karen’s second passion in life was being a mother. She and her daughter Candace were extremely close and were a major part of each other’s lives. Karen and Candace both felt they were the light of each other’s lives, and were profoundly blessed to have had the loving relationship that they had.  Karen was an avid reader and was never without a book in hand. She was also a writer in her college days. She was the editor of her college newspaper for St. Joseph University, and had works published in high school and college. Karen had a quick wit and humor that won’t be soon forgotten, but sorely missed.  Karen is predeceased by her father, Fred Scioli (1936-2013) whom she missed very much. She leaves behind her heartbroken daughter Candace Hood, ex-husband but constant companion and friend Paul Hood, mother Irene Greenleaf, brother Edward Scioli and wife Gina Scioli, nephews Matthew and Nicholas Scioli, and a niece Francesca Scioli, along with countless friends and loved ones.
Arrangements are as follows: Viewing Friday January 19th from 6-8:00 pm in St.Josephs Church Woodlawn Ave. Collingdale PA  and Saturday the 20th after 9:30 am. Followed by her Funeral Mass at 10:30 am.  Interment will be at Sts. Peter and Paul Cemetery in Springfield PA. Information about a luncheon will be provided at the cemetery.