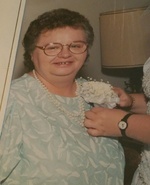 Margaret A. Taylor Achuff, 68, of Middletown, DE, died Saturday, May 19 at Heartland Hospice, Wilmington, DE.
Born in Chester, PA, Mrs. Achuff was a former resident of Delaware County before moving to Middletown, DE.  She was a lifetime member of the Parkside Fire Company where she served as ambulance lieutenant, recording secretary, fire police captain and trustee.  She was also a member of the Trainer and Linwood Fire Companies.  Margaret was a member of the Eastern Star and the Delaware County Fire and Police Association and a member of the Moose Lodge and American Legion Post, both in Claymont, DE.
She was the wife of the late Paul Widmayer, the daughter of the late John and Regina Fisher Taylor and the sister of the late Pat Taylor.
She is survived by her children. Rick (Jess) Kline, Samatha (Mike) Morrison and Chris (Jen) Kline, Vincent Achuff and Alana Chamberlain; her sister, Jean Beck and brother Jack Taylor; grandchildren, Breanna, Jessica, Jerilyn, Katelyn, Kimberly, Justin, Eric, Kristie, Taylor, Miranda, Charlotte, Johnny, Ricky and Ryan; great-grandchildren, Gauge and Marilyn.
Relatives and friends are invited to a Celebration of Life for Margaret on Wednesday, June 12, 2018 at the Lazaretto Ball Room at Tinicum Fire House, 99 Wanamaker Ave, Essington, PA 19029 from 6-9 pm.  Her interment and funeral service will be private.
Memorial contributions in her name may be made to Heartland Hospice, 5661 Ochletree Lane, Wilmington, DE 19808 or to the Parkside Fire Company, 107 W. Roland Rd, Brookhaven, PA 19015.
Online condolences can be made at www.jpdfh.com
Arrangements by David A. Cericola Jr, Funeral Director.  Any inquires regarding the funeral please call (610) 304-3349.