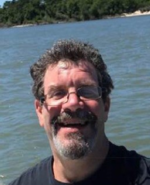 Barry J. Kersey, 53, of Boothwyn, PA died Saturday, July 21, 2018 in Rehoboth Beach, DE.
Barry was born in Chester and lived in Parkside before moving to Marcus Hook where he spent most of his life.  He was a 1984 graduate of Sun Valley High School and was employed by Coyle Construction.  In the wintertime, Barry also worked part-time doing snow removal for Barlow Construction.  He enjoyed hunting, fishing, riding bikes and four wheelers and listening to music.  He was also a fire fighter for the Lower Chichester Fire Department.
He was preceded in death by his father, Milton Edward Kersey; brother, Edward Howard Kersey; Paternal Grandparents, Milton and Verda Kersey and maternal grandparents, Clarence and Amy Shumate.
Barry is survived by his son, Dylan Kersey; mother, Beatrice Solis; companion of many years, Jennifer Ham; sister, Tiffany Kersey-Kay; step-children, Michael, Mark and Patricia Ham; grandchildren, Makayla, Logan and Coltin; step-father, Joe Solis; step-mother, Patricia Kersey and step-sisters, Ellen and Diana; Also survived by many aunts, uncles, cousins, nieces, nephews and many friends. He also leaves behind his loving cat, whom he referred to as "Mr. Shithead".
Relatives and friends are invited to his Funeral Service 8 pm Monday at the D’Anjolell-Stigale Memorial Home, 3260 Concord Rd, Aston where friends may call from 6-8 pm.  Interment will be private.
Memorial contributions in his name to the family would be appreciated.
Online condolences can be made at www.jpdfh.com
Arrangements by David A. Cericola Jr, Funeral Director.
All inquiries regarding the funeral please call (610)304-3349.