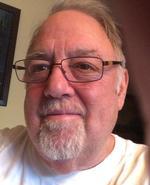 On Wednesday, March 5th, 2019, Ronald T. Leiterman, loving husband, Dad, and Bebop, passed away peacefully in his sleep at the age of 67.

Ronnie was born on April 12, 1951, in Philadelphia, Pennsylvania, to Paul and Ruth Leiterman. Ronnie attended Bartram High School in Philadelphia, Pennsylvania, and then went to work for the family business, R&L Tire Store, which his father began in 1936. On April 6, 1991, Ronnie married the love of his life, Michelle, and together they raised their daughter Crystal.

Ronnie was a very hard worker who knew how to have a great time. His favorite pastimes included pool parties with family and friends, watching Turner Movie Classics, going for Sunday drives, and harassing his only daughter. Nothing, however, could top his love of baseball. He spent his youth and adulthood attending games at Connie Mac Stadium, the Vet, and Citizens Bank Park. He was an avid music lover and performed in a band when he was a teenager.

Ronnie was an amazing friend, confidante, born flirt, and Dad. He had a larger than life personality, signature sense of humor, and infectious laugh. He spread love and friendship wherever he went. He was an unselfish, giving person who never met a person he didn’t like, never held a grudge, and brought happiness to many people.

Ronnie remained cheerful, hardworking, and funny until the last day of his life.

There are no words to express how much he will be missed.