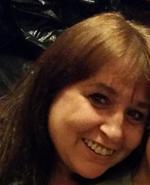 DariAnn lived most of her life in King of Prussia before moving to Upper Chichester.  She was a 1984 graduate of Upper Merion High School.

Relatives and friends are invited to attend her Memorial Service 11 am on Monday, July 29 at D'Anjolell-Stigale Memorial Home, 3260 Concord Rd, Aston, PA where friends may call from 10-11.  Interment will be private.