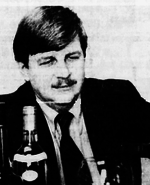 Leo B Fox, 76, passed away Sunday, February 9, 2020 in Philadelphia, Pa. Leo was preceded in death by his father, Leo B. Fox Sr., (1958), his mother Helen Fox Bauer (2009), and his youngest sister, Annette Ripley, who died in 2005. He is survived by his sisters, Kathryn Wilcox and her husband, David, of Erie, Margaret & George Kovacs of Miami FL, Christina & Jack Lebo, of Haymarket, Va., his former wife and business partner Candis Fox and many nieces and nephews.
Leo graduated from Harborcreek High School in 1961, from Carnegie-Mellon University in 1966 with a BS in industrial management. He graduated from Wharton School of Finance, University of Pennsylvania with an MBA in Marketing and Operations Research.  He first worked as a science research assistant with the Marketing Science Institute in Philadelphia. After he toured Europe he became enamored with the wine business. Without any experience in the field, he formed a company to import wines. He was the founder and Managing Director of World Shipper and Importers, based in Philadelphia Pa. His wife, Candis C. Browne Fox  was the Vice President of Marketing. He sold wines to restaurants in Philadelphia and ultimately connected with an out of state distributor who ordered the first truckload! He imported wine from France, Portugal, Spain and Italy and learned French, Portuguese, Spanish and Italian to carry on his business.
At its peak, World Shippers & Importers Co. specialized in importing limited production European wines and port wines which were sold on a national basis. Leo was a frequent lecturer and presenter at wine tastings, and was one of the first Americans to be inducted into the prestigious Confraria do Vinho do Porto. He was an author, contributing many articles to Restaurant Review, Restaurant Report, and Restaurant DubJour publications, drawing on his experience in the field. He was also a member of the Tasters Guild of New York.
In his retirement years, Leo became the Managing Editor / Publisher of the Small Business Philadelphia Newsletter and was a consultant for digital marketing.  He also enjoyed repairing and restoring broken computers and donating them to underprivileged youngsters.
Leo will be greatly missed by his family.  Private services are planned with internment in Erie Pa.