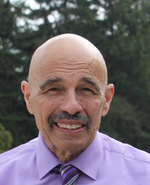 It is with great sadness that the family of Arnie Brand announce his passing from complications related to his dementia.  Arnie passed away on Thursday, May 28, 2020 at the age of 81.

Arnie was born in the Bronx, NY to Jack and Etta Brand.  He graduated from CCNY in 1962 and later earned his master’s degree in electrical engineering from Stevens Institute of Technology.  He had a long and successful career working as an Aerospace Engineer at Singer Kearfott from 1966 until the early 2000s where he was responsible for the design and development of advanced electronic systems for which he earned many patents. He was well respected in his field and contributed to various projects related to inertial navigation systems for US Army and US Air Force.

In addition to working, he enjoyed playing tennis, reading the New York Times, and listening to rock and roll music.  However, his greatest source of joy was his family and spending time with his wife and life partner, Barbara, his daughter, Laura and his grand-daughter Sophia.  He would do anything for them and felt immense joy in their presence.

Arnie will be lovingly remembered by his wife of 57 years, Barbara and his daughter Laura, son-in-law Mario and grand-daughter Sophia.  He leaves behind many nephews and grand nephews and nieces who all adored their Uncle Arnie.
Arnie was predeceased by his parents Jack and Etta Brand and his sister Marcia Kurz.

Arnie was a selfless, humble man who will be greatly missed by his family, friends and colleagues.  As the notable astrophysicist Carl Sagan said in one of Arnie’s favorite quotes “to live on in the hearts of those we leave behind is to never die”.  Arnie will live on forever in the hearts of his loved ones.

Home
MEMORIAL CREATED BY:
Philadelphia Cremation Society on May 29, 2020