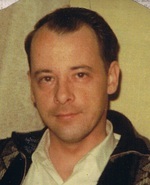 Tom owned and operated both the Pinehurst Pub and the Boardwalk Cafe in Dunedin from 1983 to 1994.

Tom took great pride in a successful business he owned in Flint, Michigan before his movie to Florida.  It was luck, intelligence, vision and ten years of sales experience in wholesale merchandising of car stereos that enabled  him, at age 30, to parlay a $2,500, no collateral loan from a stranger, into a business with 5 stores and 50 employees in just 11 years.

Selling the business bought him the opportunity to escape the hated cold and snow and to go boating on the inter coastal.

His willingness to work hard, his belief in his abilities, his Irish gift of gab and humorous way of viewing life helped him most of his life, but dimmed in his later years as he coped with blindness, kidney failure and finally heart disease.

He missed his 50th wedding anniversary by just 25 days and we wish he could have had many more "good" years.  He always looked after and took care of his family through the good and the lean years and they benefited from his concern and careful planning.

He will be remembered with love.

Tom's enjoyable times were those spent with his friends and customers with the Pinehurst and Boardwalk days.

His good times in Flint and Lake Fenton, Michigan were mostly with the car dealer salesman he met over the years.

Tom and his family appreciated the good care he received from the doctor's nurses and staff at Morton Plant Hospital and Mease Dunedin, his own family physician and nurses and especially his renal specialist Dr. Dana Campbell, and all the great nurses and staff at his office.  They were all above and beyond.  Thank you all!

* The following quotations have been added Tom's wife Elizabeth O'Keefe *

Day is done, gone the sun,

From the lake, from the hills,

All is well, safely rest,

Life is no brief candle to me.

It is a sort of splendid torch which I have got hold of for the moment, and I want to make it burn as brightly as possible before handing it in to future generations ~  George Bernard Shaw ~

From too much love of living

From hope and fear set free

I thank with brief thanksgiving

Whatever gods that be

That no life lives forever

That dead men rise up never

And even the weariest river

Home
MEMORIAL CREATED BY:
National Cremation Society on May 06, 2013