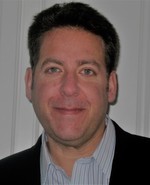 Richard Edward Rikess passed away peacefully on Saturday, November 14, 2020, at the age of 56. He was surrounded by his loving family, his wife, Debbie, and their three children, Alex, Josh, and Samantha.
Rich married Deborah Nicolazzi, the love of his life, 28 years ago. He  cherished the life he created with Debbie and was exceptionally proud of their three children. Rich spoke often about the importance of family and treasured his time spent at soccer and hockey events, golfing, fishing, and traveling with his family.
Rich always brought out the best in people. He was known for his adventurous, fun-loving, outgoing, and lively personality. He had great depth and humility and lived life to the fullest. He was boundlessly generous and enthusiastic and made friends wherever he went. Rich had a  passion for golf, cars, music, and Minnesota sports teams. He was an avid golfer, fisherman, and enjoyed frequent long walks with his beloved dog, Duke.
Rich fully engaged in making the world around him a better place. He  volunteered frequently and made lasting contributions to many organizations. He contributed to the growth and success of the  Downingtown West High School Ice Hockey Club, both on and off the ice. He served as a recruiter and coach and was respected for his ability to inspire confidence and encourage players to do their best.
Born and raised in Mendota Heights, Minnesota, Rich was a 1982 Sibley High School graduate where he played on the golf and hockey teams. He  received his Bachelor's degree in Business Administration from Northwood University. He grew up in an automotive family and built upon that foundation to launch his career and become an accomplished auto industry and performance improvement expert.
Rich will always be remembered for his kindness, humor, dedication to his work, and commitment to his family, both near and far. He was a loyal friend who made life brighter with his infectious smile and could turn any situation into something memorable and amusing.
He was preceded in death by his father, Edward Richard Rikess, and his mother, Etta Bernice Rikess. He will be missed by Debbie, Alex, Josh, and Samantha, and by his brothers, Mark, Chuck, Jack, and David and their families, his mother and father- in-law, Robert and Judi Nicolazzi, his brothers-in-law, Rick Nicolazzi and Steve Nicolazzi and their families, along with a countless number of friends.
A virtual funeral service will be held on Wednesday, December 9th at 6:15 pm (eastern time). When it is safe to gather, an in-person service and golf outing will be held in celebration of his life. In lieu of flowers, donations may be sent to either the American Heart Association or the American Stroke Association.