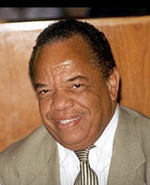 Douglas Richard Greene, known to family and friends as Richard, educator and researcher at Temple University, originally from the Bronx, New York, passed away December 19 in Ardmore, PA at the age of 79. He was the son of the late Beatrice and Douglas C. Greene.  He is survived by his sisters, Barbara Holland and Beatrice Greene, his daughters, Lynnea Louison and Karen Greene, his grandsons, Miles Louison and Isaiah Jones, niece Darmone Holland, nephew Stuart Holland, grandniece Salako Holland-Barrett and numerous cousins.

Richard grew up in the Bronx, New York, attended the Mildred Johnson Modern School, Olinville Junior High School and Evander Childs High School.  He began playing the piano around age 7 and began playing the violin in elementary school. Thus, his love of music began at an early age.  He spent summers at Camp Hill and Dale located in upstate New York, a camp started by his Aunt Thelma and Martha Teasdale, his maternal grandmother where he developed a keen interest in nature.
After high school, Richard attended New York University before volunteering for the U.S. Army where he served for 3 years including time as a medic in Korea.  Upon completion of his tour of duty, he worked in a hematology lab at Maimonides Hospital in Brooklyn, NY. Next, he attended and graduated from Hiram College in Ohio majoring in sociology.  Returning to the Bronx, he met and married Roslyn Heyliger with whom he shared a love of music. They moved to Cleveland where he received a Masters in Science from Case Western Reserve University specializing in gerontology, a relatively new area of expertise.
Next, he accepted an executive-level position at a Senior Center in Bellevue, Washington where his daughter, Lynnea, was born.  Wanting to continue his education, he pursued graduate work at the University of Wisconsin completing Ph.D. requirements specializing in research, statistics, public policy and policy analysis.  While in Wisconsin, his daughter, Karen, was born. He accepted a position at Bell of PA in business research and later taught research methods at Schools of Social Work at University of Pennsylvania and then at Temple University.
Richard’s relationship with his grandsons was rich with pride and joy – he created a special name “GDiddy” instead of grandpa. In addition to enjoying his family, Richard had varied interests including nature, music, education and helping others.
He captured nature in photographs of landscapes and flowers in particular, sending Christmas cards that included his photos and prose.    He had an artistic eye and enjoyed long walks in Lincoln Park.  His curiosity included catching and watching the activities of garden snakes, turtles and crayfish which he kept in his room as a teenager.  While stationed in San Antonio, Texas, he collected and mounted insect specimens that were very large in size due to the hot climate in that area.
Richard was very passionate about music, especially classical music.  Following in the footsteps of his maternal uncles, he began playing the violin and then the viola years later.  Based on his extensive research; he created a website of Black classical composers including their dates, compositions and a discography which is housed at the Library of Temple University. His strong advocacy for Blacks in classical music was evidenced by his service on boards.
These commitments  included the marketing committee and cultural diversity advisory council of the Philadelphia Orchestra, the Settlement Music School and the Philadelphia Chamber Music Society. Even after his spinal stenosis surgery, he attended concerts, went to committee meetings and met with friends regularly.  A favorite activity of his was to go to Reading Terminal and eat cheesesteak hoagies and apple raisin donuts.
One of his crowning achievements was nurturing the Imani Winds – a musical quintet of Black woodwind players.  He helped give them feedback on their promotional approach that gave them the extra push to where they are today…performing all over the world.
Richard was also involved in a variety of community activities which he found rewarding.  These included  giving lectures on music at the Philadelphia Free Library, judging at Delaware Valley Science Fairs for high school students, contributing to the Urban League’s State of Black Philadelphia Reports, and serving as a policy advisor to the Congressional Black Caucus.
Richard expressed his opinions on politics and social justice in letters to the editor and to both major parties.  If something was unfair whether in the dearth of Black performers, the music of Black classical composers, or unfairness in the political arena or paratransit services, he would let someone know, often starting at the top of an organization.  He cared a great deal about the welfare of others and, though gruff at times, always helped out in whatever way he could to support access to opportunities and avail people of their rights.
Richard leaves a rich legacy for his family, academia, classical music and social justice; his was a full life for decades and he will be missed.